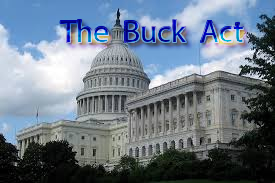 Under which Act The Social Security Board was created; which Board then created 10 Social Security “Districts”.  The combination of said Districts formed a “Federal area” covering all of the several states like a transparent overlay.

In 1939, Corp. U.S. instituted the “Public Salary Tax Act of 1939” as a law in the District of Columbia for taxing all federal and state government employees and those who live and work in any “Federal area”.

4 U.S.C.S. Sec. 110(d)  defines the term “State” to include any Territory or possession of the United States.

Respectively, the federal “State” imposes an excise tax under the provisions of 4 U.S.C.S. Section 105; which states in pertinent part at, Sec. 105.

“State, and so forth, taxation affecting Federal areas; sales or use tax
(a) No person shall be relieved from liability for payment of, collection of, or accounting for any sales or use tax levied by any State, or by any duly constituted taxing authority therein, having jurisdiction to levy such tax, on the ground that the sale or use, with respect to which such tax is levied, occurred in whole or in part within a Federal area; and such State or taxing authority shall have full jurisdiction and power to levy and collect any such tax in any Federal area within such State to the same extent and with the same effect as though such area was not a Federal area.”

Respectively, a “Federal area” / “Federal zone” is any area designated by any agency, department, or establishment of Corp. U.S.; which includes areas designated by the Social Security Administration, any public housing area with federal funding, any home or other property acquired by a Social Security cardholder; with or without a bank loan, any road built with federal funding and everything Corp. U.S. touches through any agency or type of aid.  Springfield v. Kenny, 104 N.E. 2d 65 (1951 App.).  Federal areas attach to all Social Security cardholders and all direct contact with federal or state agency services.  Through this mechanism, Corp. U.S. acquires contractual control of all Federal areas/zones operating under the authority of Article 4, Section 3, Clause 2 (4:3:2) in the U.S. Constitution, which states:

“The Congress shall have Power to dispose of and make all needful Rules and Regulations respecting the Territory or other Property belonging to the United States, and nothing in this Constitution shall be so construed as to prejudice any claims of the United States, or of any particular State.”

Thus, all Social Security cardholders [i.e. Corp. U.S. citizens/cardholder general partners] residing in any of the states of the Union, are classified as property, as franchisees of Corp. U.S., and are perceived as “individual entities”.  See: Wheeling Steel Corp. v. Fox, 298 U.S. 193, 80 L.Ed. 1143, 56 S.Ct. 773.  Under the "Buck Act", Corp. U.S. created Federal areas within the boundaries of all of the several states.

This entire scheme was accomplished by passage of said “Buck Act”, to implement the application of said “Public Salary Tax Act” to imply taxation of the people when in fact it is the Social Security cardholder that is required to make contractually binding distributions (pay taxes) to their beneficiaries.  This contractually subjects all such cardholders to all state and federal laws operating “within this State”, said Federal areas/zones overlaying the property appurtenant to the land in every states in the Corp. U.S. Union.

To remain free from the Buck Act, etc. people must be able to prove that: you are a natural man/woman, you are not a Social Security cardholder, you live in an original jurisdiction State not in a corporate state, establish that you do not live in a Federal area/zone and that said Public Salary Tax Act does not apply to you.  Team Law helps people learn how to learn the law firsthand from its source.  With Team Law’s Beneficiary support you can learn how to learn and apply the law to preserve your Liberty and Freedom.

All information on this site is provided for educational purposes only, with all rights reserved.
Use it at your own risk.  Team Law never provides legal, financial or any other form of advice.
All materials on or available through this site are under Copyright © 1996-2013, and may not be reproduced,
except as noted, without the written consent of Team Law’s Trustee.